Should Win - Diners, Drive-Ins and Dives

Commentary - Unlike its competition counterpart, Reality Show gets shuffled to the Creative Arts Emmys, or as Kathy Griffin calls them the "Schmemmys". That being said, it is still a big category, and worth looking at. I feel confident Antiques Roadshow and my personal favorite Triple D are not going to take home the award. Beyond those two it is a tight four-way race between extremely popular reality programs. Last year's winner Undercover Boss was a surprise, but now that it has entered the winner's circle, it could easily do it again. Mythbusters and Deadliest Catch are long-running reality staples, and both are entertaining to watch. But I think that this year one of the newer shows Shark Tank will beat the odds and take home the prize. The premise is interesting to say the least, it has a major broadcast network behind it, and has actually been a great boost in ratings on a Friday, which is shocking considering that is usually a deadzone. I think that it has buzz and publicity to beat out the old favorites, but it will be a close race to say the least. 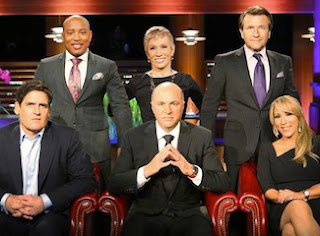