Will Win - Peter Mullan "Top of the Lake"

Commentary - I assumed this whole year that James Cromwell would win an Emmy for American Horror Story, and I am still convinced that it could happen. But I also think that it would be a real shocker if AHS won three acting awards, despite its obvious popularity, and I think that while Cromwell's tape is great, so is his co-star's Zachary Quinto, and I could see a lot of vote splitting occur among that particular panel leading to a dark horse victory from Top of the Lake's Peter Mullan. He is fantastic in a series that was popular among the Academy this year, and it could end up being the one major award that the series wins. I also think that an acting panel will see his performance as a standout, without the internal competition from his American Horror Story competitors. 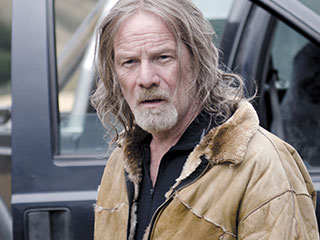