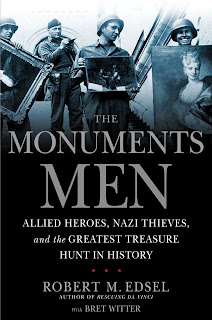 Commentary - If these projects end up being half as good as they look on paper then 2013 will shape up to be a decent year in American film (although I have very little hope that it will top last year). Martin Scorsese returns just two years after his success with Hugo in the high-profile drama The Wolf of Wall Street. Even when Scorsese is not at his best, he is still pretty damn good. Recent winners the Coen Bros. also return with the mysterious, yet intriguing Inside Llewelyn Davis. Remember, even A Serious Man was nominated for Best Picture. There are also a lot of buzzed projects from recent nominees looking to push themselves, and more importantly their films into the winner's circle. Alexander Payne follows up his success with The Descendants with a film close to home called Nebraska. George Clooney, riding high off of his producing win for Argo, looks to score two in a row with the buzzed Nazi-stolen-art flick The Monuments Men. David O. Russell's project doesn't have a title yet, but it does have a kick-ass cast, and a buzzy plotline, so he will be pushing for a second nomination in two years in Best Picture (a third in four years if you go back to The Fighter in 2010. Jason Reitman also returns with Labor Day, based on the popular novel and featuring the always-great Kate Winslet. He is hoping this time around his film is more Juno or Up in the Air in terms of Oscar contention, and not Young Adult (a highly underrated gem if you ask me). Finally, Ridley Scott really returns to this with his Cormac McCarthy penned drug trafficking film The Counselor. If the film ends up being a winner, it will be some poetic justice and ironic, as Scott's best chance of winning for Gladiator, ended up going to the director of a film about...what else: drug trafficking. There are some bold/indie projects hoping to make the cut. August: Osage County looks great on paper, but then again, so did Carnage. If the film can translate well from stage to screen, expect Oscar nods to follow. Gravity is a bold sci-fi film from Alfonso Cuaron, starring Sandra Bullock and George Clooney. It may not be right up the Academy's alley, but if it is executed well, the respect factor may help its Oscar chances. Finally, of the two films coming out of Sundance with a real shot, I am favoring Fruitvale over Before Midnight at the moment. It is the heavier of the material, features recent winner Octavia Spencer, and has Weinstein behind it. It is hard to beat that.
Posted by Andrew at 3:31 PM