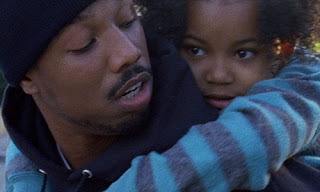 Commentary - There are some real contenders that are not in the top five including recent nominees and winners. The two biggest are Woody Allen, who is inconsistent. Blue Jasmine could be Midnight in Paris or it could be To Rome With Love. The other is Wes Anderson, whose Moonrise Kingdom managed a screenplay nod last year. But if he slips back into quirkier territory, the Academy may not respond with the same enthusiasm. That being said, the top five looks to be relatively competitive this year. Joel and Ethan Coen tend to be nominated and the first trailer for Inside Llewelyn Davis looks pretty good to me. Alexander Payne films tend to do well (Sideways and The Descendants won Adapted Screenplay), but this is a bit of an anomaly, as he is not one of the screenwriters, and it is an original script, not something from a popular novel. Cormac McCarthy is an acclaimed novelist, but this is his first screenplay for a feature film. It will be interesting to see if his talents transport to the screen, my guess is the answer is yes. Coming out of Sundance, I have a good feeling about Fruitvale this year. The response was overwhelmingly positive, and it has Weinstein backing it up, as well as a baity awards date. If it remains a critical and festival favorite, it could end up in multiple categories, including this one. The last slot is going to the relatively unknown project (heck it doesn't even have a name at this point), from David O. Russell about Abscam. The project is baity, the cast is wonderful, and Russell is off of a huge year with SLP. But Singer's only film project to date was 2009's The International, which left a lot to be desired.
Posted by Andrew at 4:03 PM