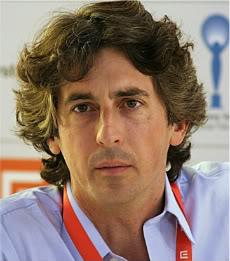 Commentary - A lot of previous nominees and winners return to this race, as well as some newcomers hoping to shake things up. One of those could be John Wells. He is no newcomer in Hollywood, as he is a talented television producer winning Emmys for shows like The West Wing and ER. But his first film The Company Men (actually a really underrated gem) produced little Oscar buzz. This time around, he is directing the hugely buzzed August: Osage County, and could get his big movie break. The other four at the moment are all either previous winners or nominees. Martin Scorsese seems to be nominated routinely these days, and The Wolf of Wall Street certaintly seems to have the prestige that the Academy requires. The other three have yet to win a Best Director Oscar, but all are popular and well-recognized names. Alexander Payne has made an art out of dramedies with humor, compassion, and a human touch. This year's Nebraska could be a project that sends them back into the Oscar race. After winning his second Oscar for producing Argo, Clooney returns to the director's chair with The Monuments Men, a historical Nazi-era film that will certaintly be considered by the older Academy who eats this stuff up. Finally, I know it is bad luck to predict a nomination for a movie that doesn't yet have a title. But David O. Russell has been on a role lately, and with the cast and subject matter, his Abscam project could continue his winning streak.
Posted by Andrew at 8:45 PM