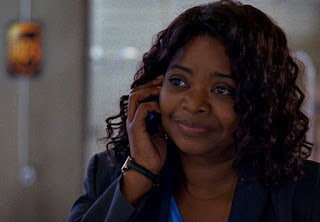 Commentary - And so it begins! The Awards Psychic is officially kicking off the 2013-2014 Oscar season with my first predictions in the major categories. As always, these first predictions, along with the subsequent July predictions, are rudimentary at best, and are really just shots in the dark. So far the only contender that has emerged in the Best Supporting Actress category is Octavia Spencer in the Sundance hit Fruitvale. The reception was pretty good out of the festival, and with Weinsten picking it up (along with a release date that suggests Toronto/Telluride/Venice as a possibility), it is sure to be in the conversation all the way through the season. It doesn't hurt that Spencer is now an Oscar winner, and is still riding high from her success with The Help. Beyond her, the rest are unseen contenders. August: Osage County could be a huge hit or it could be this year's Carnage. But if it is successful, both Julia Roberts and Margo Martindale will be contenders. Roberts is the more obvious choice, but I think that Martindale's is the juicier of the two roles, and it was the role that won Rondi Reed a Tony. Plus, after her Emmy win for Justified, her profile has risen. The next three are simply high profile previous nominees/winners in buzzed projects. After the success of Argo, Clooney's next endeavor The Monuments Men has a lot of pressure, but I think the film will be successful, and Blanchett has a shot ot return to the race after a five year Oscar hiatus. I know it is bad luck to pick a contender when the film doesn't even have a title, but the last time Amy Adams and David O. Russell paired up it lead to her third Oscar nomination. Plus, with Russell right on the heels of his SLP success, this film will have plenty of buzz down the stretch. Finally, I am going for the always reliable Catherine Keener. She is in a baity film about the Somali pirates, and she is one of those solid actresses, whose work is always looked at. Plus, playing opposite Tom Hanks doesn't hurt.