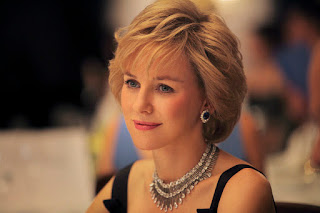 Commentary - A lot of former winners and nominees populate this race, including last year's winner with two possibilties. At the moment I'll leave Jennifer Lawrence on the outside looking in, just in case of vote splitting. But she is not the only one returning to this race. Last year's nominee Naomi Watts could build on her previous nominations, and have a shot at the Oscar stage as she portrays the beloved Princess Diana in this year's upcoming biopic. Like most films of this category, it just depends on how the film is received in terms of its historical accuracy, and how well she nails the real-life character. That also goes for Nicole Kidman, who is playing Grace Kelly in Grace of Monaco. The Academy loves actors who portray famous figures. So if both of these very talented actresses nail their roles, Oscar nominations are distinct possibilities. Beyond those two, we have three recent Best Actress winners in baity roles all vying for another shot of Oscar glory. Kate Winslet teams up with Jason Reitman in Labor Day. Reitman's last film Young Adult did not earn Charlize Theron an Oscar nod (a crime if you ask me), but this one, based on the popular novel, looks more promising. Sandra Bullock has a risky project with Gravity, but she and Clooney are the only two actors really in the film, and if she commands the screen, she would have the most screen time of any of her competitors. And finally, in the last slot, the juggernaut that is Meryl Streep will most likely be returning to the category with her role in August: Osage County. Can she tie Katharine Hepburn's record a year after Daniel Day-Lewis broke the Best Actor record? Hell yeah. She is Meryl Streep. And when she is on her game, she really is unstoppable.
Posted by Andrew at 8:50 PM