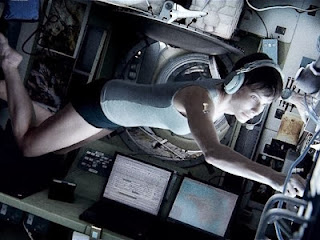 Commentary - At this point, it looks like a six way race for five spots among Oscar heavyweights. I saw Gravity this afternoon (review to come soon), and I can definitely say that Sandra Bullock will be a huge contender. She is absolutely incredible, and sells the human emotion of the film. Also already on the hot list is Cate Blanchett. She is pitch-perfect in Woody Allen's latest Blue Jasmine, and it also happens to be one of his best films in recent memory. Both are also popular Oscar winners, who have a proven track record. Of course neither has the track record of Meryl Streep, who returns to the race once again with her fire-breathing turn in August: Osage County. We really do need to see how the film plays to a larger group of critics and a larger audience, because the initial reaction was mixed. Although I have a feeling that even if the critics don't rally behind it, the acting branch will. That leaves two slots. A lot of people are predicting Judi Dench who is getting nice reviews for her work in Philomena. I kind of feel that the film is a bit of a lightweight (I am moving it to sixth in screenplay as well), and also feel that she will be the replacement, if some of the other major contenders fall from grace. Some other outside contenders include Kate Winslet in Labor Day, an apparently remarkable performance in a film that is not quite garnering enough buzz. Early contenders like Julie Delpy and Great Gerwig cannot be discounted, and the buzz is rising for Nicole Holofcener's latest Enough Said, especially for its two stars James Gandolfini and Julia Louis-Dreyfus. But for now, I am once again going out on a limb for two unseen contenders. First is Emma Thompson playing a beloved author opposite Tom Hank's Walt Disney is Saving Mr. Banks. It has been a while since she has been in the Oscar race, but apparently the script is great, and it really is her show to steal. Finally, I think that the dark horse contender here is Amy Adams. She'll most likely be the only nominee of the bunch that has yet to win, and after racking up four nominations in her short, but incredible career, it may finally be her turn. Plus, I think that American Hustle is going to be a hit, and word is her role is a scene-stealer, and a departure from a lot of her previous efforts. Of course, as always, we'll have to wait and see.
Posted by Andrew at 8:02 PM