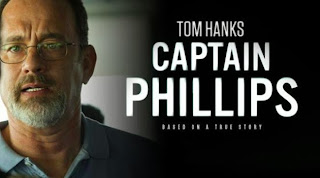 Commentary - Coming out of the festival circuit, there are three main films that look to be jockeying for the first place position. 12 Years a Slave is the historical drama that voters love, and its reviews are stunning. Captain Phillips is the real-life, thriller, kind of like an Argo, starring Tom Hanks, and featuring Oscar nominated director Paul Greengrass. Gravity could be the first effects-driven film to win Best Picture with its best-of-the-year reviews, and its incredible box office. As it stands now these are the three films to beat. However, there are several films that could be knocking on the door. American Hustle reunites David O. Russell with some of his actors from his two previous Oscar-winning films including Jennifer Lawrence, Christian Bale, Amy Adams, Robert DeNiro, and Bradley Cooper. The trailer makes it look like something special, and after two successful efforts, he is building a resume that looks like it is eventually on a trajectory to Oscar. This could be his year. Saving Mr. Bank's trailer was a bit too light for me, but apparently the script is fantastic, we already know that Tom Hanks and Emma Thompson are bank, and after The Blind Side was a surprise contender, you cannot discount John Lee Hancock. The Monuments Men is the final big project that I think will really join the race. George Clooney wants us to believe that it is not, and its more comedic trailer could suggest an effort a bit too light for the Academy. But that pedigree is hard to ignore, and if the film is good, I think that its tone won't stop it from Oscar glory. So that is six slots. The other ones are complicated at the moment, and really are fluid day to day. I think that Nebraska will hit the hearts of older Academy voters, and they already love Alexander Payne, so consider it a solid pick and a real possibility. The Wolf of Wall Street may not be made in time, but until I hear otherwise, I am not going to bet against a Scorsese film. So what about the last two slots. Fruitvale Station and The Butler had great starts, but need a Weinstein boost soon. Walter Mitty had a lot of rave reviews out of NYFF, but also a lot of bad ones. It could be a huge crowd pleaser, and just the type of feel-good film that could stand out among so many heavier efforts. But it needs to have better reviews when it hits the general consensus public. Rush and Prisoners could get some nice tech nods, and both are crowd-pleasers, but will they have enough buzz for great Oscar glory? I'm not sold at this point. Blue Jasmine and Before Midnight were great early contenders and could play in other categories, but I wonder if they can pop into the top 8, 9, or 10. All is Lost, Dallas Buyers Club, Labor Day, The Book Thief, Her, and Philomena, are all hovering, waiting to see if one of the bigger contenders fall. I am however going with first, Inside Llewyn Davis. I have heard from so many people that this may not play well with the Academy, so I have left it out. But the reviews continue to be positive, and it continues to play well at the festivals. Plus, the Academy does love the Coens, and especially if some of the unseen contenders falter (or don't make it in time), a Coen Bro film is a safe and familiar pick for them. Finally, despite mixed reviews, I am including August: Osage County. Sure the reviews are mixed, but the Academy's largest branch, the actors will eat this up, and it could end up with several acting nominations. Plus it has Weinstein behind it, and I have a feeling they will be pushing this hard. It needs some better reviews as more people see it, but right now it is definitely in this thing.
Posted by Andrew at 8:26 PM