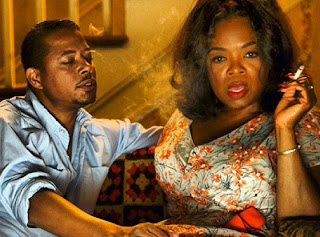 Commentary - Will Fruitvale Station bounce back? After dead buzz, this unknown is currently putting Octavia Spencer on the outside looking in, and Sally Hawkins has moved up my list as Sony has announced that Sally Hawkins is getting an Oscar push. But once again, she is still looking in from the outer circle. Finally, I think the one to watch out for is June Squibb, who apaprently is just fantastic in Nebraska, and the buzz is building. First on the list is Oprah Winfrey, who is stunning in Lee Daniel's The Butler, and right now is probably the only sure thing in this category. A lot can change between October and January, but I find it hard to believe she will be bumped. One of the biggest names to hit this race is newcomer Lupita Nyong'o who apparently is just stunning in 12 Years a Slave (which also happens to be the Best Picture frontrunner for the moment). Oscar loves to add some newcomers (like say Quvenzhane Wallis last year), and she is definitely the one to watch for. Another performance getting rave reviews is Margo Martindale in August: Osage County. The role in the original play was baity, and a Tony winner, and apparently Martindale is perfect for the part. There are two problems she could face on her road to her first Oscar nomination. First, is potential internal competition from Roberts. The second is the fact that the film as a whole is probably not going to be beloved. But Martindale is now an Emmy-winning star, and if any branch is going to stand up for the film, it is going to be the actors. Speaking of Roberts, now that she has officially moved to supporting in terms of the campaign, her screen-time and also good reviews will probably put her in the mix as well. Once again, internal competition could hurt both of them, but this category has always been open to rewarding more than one actor per film. In the final slot, I am going out of a limb by predicting a performance no one has seen. But coming fresh off of her monstrous 2012 year, ending with an Oscar win for Silver Linings, Jennifer Lawrence is Hollywood's it-girl. Plus she is re-teaming up with David O. Russell, in a film that looks fantastic. If it, and her performance, live up to the hype, I expect the actors to find a slot for her.
Posted by Andrew at 7:52 PM