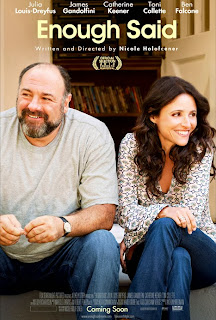 Commentary - As other categories are starting to tighten up after the festival rush, this one seems as wide open as ever. Big question marks such as The Monuments Men and The Wolf of Wall Street have deep supporting casts, many of whom have enjoyed Oscar recognition before. For now I am leaving all of them off the list, as well as the supporting guys from August: Osage County. Word is that Cooper and Cumberbatch are good, but the buzz right now seems to be for the women. But I cannot stress enough that all three of those supporting casts, especially in this stacked category, could have an incredible impact on this race, and shift the landscape considerably between now and January. Now on to the present. Coming out of the festival circuit, several major contenders, including Daniel Bruhl, John Goodman, Jake Gyllenhaal, and Barkhad Abdi really made a mark on their respective films. However, in such a deep category, I am leaving them off for various reasons including lack of status (Bruhl and Abdi), or for films I'm unsure of in terms of Oscar voters (Goodman and Gyllenhaal), but I expect all of their names to keep popping up. Three other major contenders coming out of the festivals are however garnering enough buzz to make the cut at this point. The first is Michael Fassbender. He has been floating on the outside of an Oscar nomination for several years now, and with this huge project, and apparently another tour-de-force performance, I truly think this will finally be the year he gets into the club. Another is Jared Leto. He had some great performances early on, and then kind of disappeared, only reappearing in news cycles for not such great news. But early word is that he holds his own against sure-fire nominee Matthew McConaughey, and has the flashy, emotional stuff that voters eat up like candy. Finally, I am going out on a bit of a limb with James Gandolfini. Of course there is the obvious reason of sentimentality. He was a veteran television actor that was starting to build a quite impressive film resume before he was gone to soon. I also think that Enough Said is building some nice buzz, and may be the first Nicole Holofcener film to really cross over and hit a broader audience, as well as Oscar voters particularly in this category, screenplay, and even actress. Finally, word is that the chemistry between Gandolfini and Julia Louis-Dreyfus is undeniable. All of these factors could play well. Finally I am putting my bets on two unseen performances. Maybe not the best move, but I am going with it. First is Bradley Cooper in David O. Russell's American Hustle. He got his first nod last year, and the film looks great. I expect actors to really eat up the all star cast. Second is Tom Hanks. He is already getting raves for Captain Phillips, but many actors have gotten double nominations, and Tom Hanks + Walt Disney just feels like Oscar.
Posted by Andrew at 1:39 PM