I am so excited about this, and I'm sure most of you are too. Amy Poehler and Tina Fey, who rocked the Golden Globes last year, are returning for the 2014 ceremony Oh and then the 2015 ceremony as well, so we now have two years to look forward to the antics and humor of these two awesome actresses and comedians. A lot of people are going to keep pushing them to host the Oscars, and while I would enjoy it, I think that the Golden Globes allows them to be more relaxed and have more jabs without the backlash (like some that MacFarlane got last year for some of his "tasteless" jokes). But we can always hope that someday this pair will grace the stage at the Kodak Theater. For now let's start the countdown the Golden Globes, which are sure to be a good time once again. 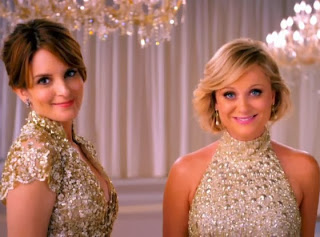