Will Win - Vanya and Sonia and Masha and Spike

Could Win - Lucky Guy or The Assembled Parties

Commentary - Comedies at the Tonys, like at the Oscars, are not always a safe ticket to winning big awards. That being said the buzz, reviews, and nominations are strong for this year's hit comedy, Vanya and Sonia and Masha and Spike. But I think that a lot of pundits are underestimating the power of Lucky Guy. Despite some mixed reviews, it did extremely well in terms of nominations, and let's face it with the power of Tom Hanks behind it, and the sentimental factor of Nora Ephron's incredibly sad passing are two factors that could easily swing the pendulum its way. 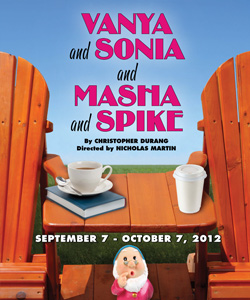