Could Win - Let's Make a Deal or Family Feud

Commentary - There is a reason that Jeopardy has won the most awards in this category, a grand total of thirteen Emmys. It is a smart show that makes people feel smart, it is fun to watch, and they always try to mix it up with fun tournaments. I think that the Cash Cab frenzy has passed, and neither Let's Make a Deal or Family Feud seem to have enough prestige or Emmy history to beat the giant. Plus, as Alex Trebek's years on Jeopardy dwindle, they may want to honor it just a few more times. 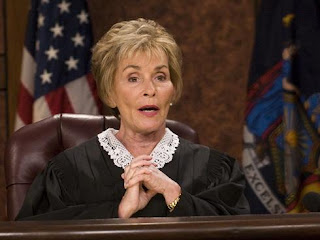 Could Win - The other two

Commentary - Between the Special Class Program, and this category, Judge Judy has received a total of fourteen Emmy awards, and has never won. If she keeps this up, she could surpass the legendary and shameful record set by Susan Lucci. And it is a real shame considering that when it comes to daytime television court rooms, Judge Judy is the original, the legend, and still the best. I think this is the year that the Emmy voters finally get it right.