Commentary - The race for Best Actor this year is reflective of the tight race between Matlida and Kinky Boots in many of the categories including the big kahuna, Best Musical. This particular race seems to a tight battle between Bertie Carvel and Billy Porter, both who gender-bend and deliver excellent performances. In a normal year either guy would easily be the frontrunner, but alas they are competing. I think in the end that Tony voters will go for Porter, who is clearly the star of his show, compared to Carvel, who has to share a lot of his lead time with the various Matildas. Plus, according to reviews, he is just spectacular, which doesn't hurt his chances. 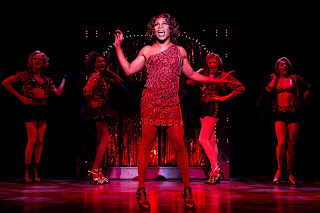