Could Win - Best Thing I Ever Made, Giada at Home

Commentary - I personally think that Bobby Flay is a one note host who's food looks incredible, but the ending presentation is lacking. I would prefer something like Best Thing I Ever Made, which is Bobby's biggest challenge. But Flay's BBQ Addiction won last year, and they clearly like the setup, so my guess is that he wins again. I personally think that while the food is basically a rash of Southern staples, Trisha Yearwood is so effectively charming and funny that the show is the most enjoyable of the bunch. 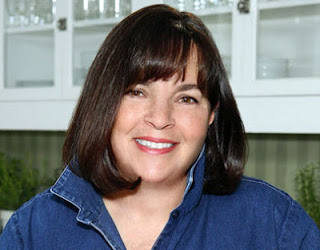 Commentary -  This will be a battle of the Food Network divas, as Giada and Ina fight it out till the end. Both are Emmy winners, but in the end, I think that the soothing and classy Ina will win over the peppy Giada. There's no real sound reasoning for this pick, other than gut instinct, which can sometimes work really well, and other times fail miserably.