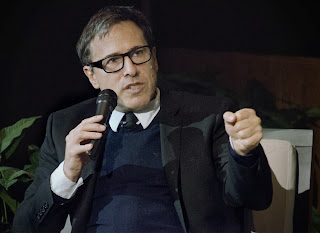 Commentary - Last year, the Directors branch through us for a loop when they picked indie and foreign auteurs (Michael Haneke and Benh Zeitlin) over the more popular choices (Kathryn Bigelow, Ben Affleck, and Tom Hooper). But this year, they have the chance to honor the popular choices and the auteurs in one fail swoop with two new entries to the nominee club: Steve McQueen and Alfonso Cuaron. Gravity and 12 Years a Slave remain the top two choices, and the vision that McQueen and Cuaron bring to their projects are surely to be rewarded. Beyond that, I think that there is a lot of fluidity and a lot of choices to choose from. Captain Phillips has remained strong since its fall debut, and Paul Greengrass is a previous nominee. I expect the film to remain a popular one, and Greengrass to add another nod to his career. American Hustle finally premiered to several groups. The reaction is not overly enthusiastic among many critics, but apparently the industry reception to the film was great. And even if critics are not as high on it as say Gravity or 12 Years, most of them agree that it will be an Oscar contender, and David O. Russell has earned two quick nods for his last project and is clearly in favor with the Academy. I suspect that as the film reaches a wider audience, does well at the box office, and ends up with a good score on RT/Metacritic, that more people will come around to Russell getting his third nomination in a row. The final piece to the puzzle is The Wolf of Wall Street, which will screen soon. If it is a hit, which I suspect it will be, then the directors will probably reward Martin Scorsese with another nomination. Right on the outside are previous nominees the Coens, Alexander Payne (who is close to the top five in my opinion), Lee Daniels, and Woody Allen, along with strong potential first time nominees JC Chandor, John Lee Hancock, John Wells, and Jean-Marc Vallee.
Posted by Andrew at 7:54 PM