Other Contenders - All is Lost, Dallas Buyers Club, Blue Jasmine, Fruitvale Station, Her, The Hobbit: The Desolation of Smaug, The Secret Life of Walter Mitty, Philomena, Lone Survivor, Out of the Furnace, Rush, Prisoners, Before Midnight, The Book Thief, Mud 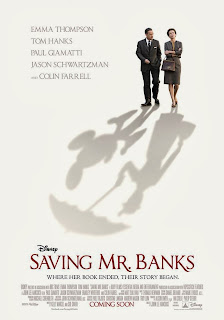 Commentary - So American Hustle has dropped, and while it hasn't launched itself to the top of pile,
most insiders agree it will do well enough with Oscar voters. We still don't know about The Wolf of Wall Street, but I banking on it at the moment. Other than that, there is still not much movement. Gravity, 12 Years a Slave, and Captain Phillips are still the frontrunners, with Saving Mr. Banks recently joining their ranks. Nebraska hit it out of the park with the Indie Spirits, and I maintain that it will be a hit with older Oscar voters. These five plus American Hustle, and most likely Wolf of Wall Street, seem like the top contenders at this moment. Inside Llewyn Davis is still in this thing, although I still get the feeling it will not strike a chord with voters the way other Coen projects have in the past. Both Lee Daniel's The Butler and August: Osage County premiered to mixed reviews, but both have two things going for them. One is the acting branch, who will love the large casts packed full of top actors. The other major factor in their favor is Harvey Weinstein. Even with less than stellar efforts, he has managed to work as many positive angles as possible and get his films into the Best Picture race. I expect both to stay strong. Beyond these ten are smaller projects fighting to get in (Dallas Buyers Club, All is Lost, Her, Fruitvale Station, Before Midnight), a high quality Woody Allen film that would easily get in in a weaker year (Blue Jasmine), hardnosed action flicks (Out of the Furnace, Prisoners, Lone Survivor), and bigger films that are either fighting dying buzz (Rush), or less than stellar reviews, or what could be less than stellar reviews (The Book Thief, The Secret Life of Walter Mitty, and The Hobbit). But right now, few of them look like they will crack into this stacked race.
Posted by Andrew at 8:26 PM