Two bits of Oscar news, which now that we have entered Fall seem to be flying out constantly: 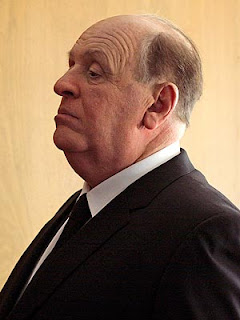 1) First, in an interesting move by Fox Searchlight, which also makes me think that it is a real contender, Hitchcock, starring Anthony Hopkins, Helen Mirren, Toni Collette, Scarlett Johansson, Danny Huston, and others, and featuring first time fiction director Sacha Gervasi, will officially be entering the Oscar race with a November 23rd release date. Anthony Hopkins will surely be in the conversation, at least until the final verdict on the film is reached, and joins a very crowded Best Actor race. With all the other names, other races, mostly Supporting Actor and Actress now have a few new contenders.

2) There werent a lot of new premeires for the AFI Fest and the buzz has been that Lincoln was a likely choice to close the fest. Well, in an unsurprising move, Lincoln has now been announced that it will close the AFI Fest right before its debut. This will give it a chance to hit a festival/critics circuit before the mass audience.
Posted by Andrew at 3:46 PM