Will Win - Modern Family
Could Win - Girls or Curb Your Enthusiasm
Should Win - Big Bang, Modern Family, or a few not nominated (Parks & Rec and Louie come to mind) 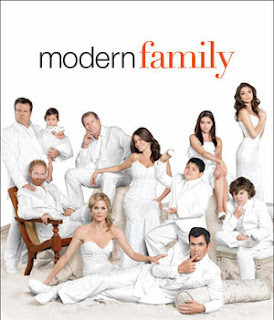 Commentary - While I think that Modern Family is starting to show some Emmy age in its third season, I still think that it is pretty much a lock to win a third. Next year, however, may be a different story. Girls is the new hot show, but it is pretty much all about Lena Dunham, and I think it will have to wait its turn. And Curb has been nominated so many times over the years and has only won two Emmy awards, period. While I think its episodes are the funniest of the bunch, I don't think it can pull it off this late in the game. So it is Modern Family for the win!
Posted by Andrew at 11:06 AM