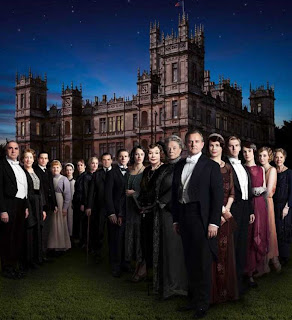 Commentary - This will most likely be the last award of the night, and will most likely be the most anticipated. This really is a four way race, with any one of the contenders being possibilities. Homeland is the hot new show that will probably win actress and directing, and won a couple of Creative Arts Emmys, showing that it has support across the board. Breaking Bad is the one that a lot of pundits have come around to. While I would love to see that happen, and think that it is possible, I still believe that the subject matter is simply too dark, and too trashy for the elitist, old voting Academy, overall, despite individual branches recognizing it. Then of course we come to the show of the hour, Mad Men. Can it win a record five in a row? The Creative Arts branches completely snubbed it this year (the first time that this has happened), and last year, it only won one other award besides the big one: Hairstyling. More importantly, if it goes without one other awards the whole evening tomorrow night (a big possibility), can it still win the top prize? Of course it can, but I think that this year it has finally met its match. Downton Abbey had the most surprising nominations in July, hitting hard in categories it wasn't expected to. It has the same snob appeal as Mad Men, and may even be more up the alley of Emmy voters. Finally, it is the only proven winner besides Mad Men, going from underdog to top dog last year in the miniseries category, and I think it will be the upset winner again this year.
Posted by Andrew at 2:59 PM