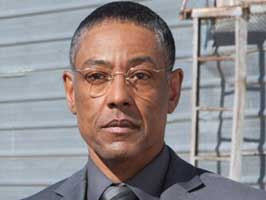 Commentary - It has been a long time since an actor has won this award for the same role more than once, so that leaves Peter Dinklage and Aaron Paul out, unless then can buck the trend, which is possible. The two Downton Abbey guys are great, but neither stand out enough to not cancel each other out. I think this comes down to two. Jared Harris could easily win, although he too would have to buck a trend himself, the fact that no Mad Men actor has ever won an Emmy award. But his character's dramatic exit this season was just shocking enough that it could be rewarded. Instead though, I think that one particular actor is going to pull a Margo Martindale and win an Emmy. Giancarlo Esposito is not a name that is incredibly recognizable to most people, kind of like Martindale. But like Martindale, Esposito makes such an explosive impression, deliciously evil, and impeccably searing, that I think that he will overcome his lack of name recognition and win an Emmy.