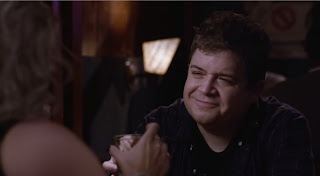 Commentary - This one is really confusing me at the moment, with so many names, and no consensus emerging as in the other categories. The only one I am certain of is Christopher Plummer, and since Beginners may not get any other nominations and is an early release, even he is not certain. Another veteran, Max von Sydow is popping up on lists across the blogosphere, but no one has seen the movie, so were merely speculating, and it may turn out that Hanks is the star supporting performance in the film. I initially including the Margin Call guys in the mix, but I can't decide which performance is stronger, and so I am currently including neither, although that is not to say that they are not both stronger contenders, and capable of getting a nod. One of the people in their place is Albert Brooks, who seems to have survived the onslaught of new films to maintain some nice buzz, and I think he is going to survive the long run. Patton Oswalt is a name that many of you don't know, but I think Young Adult is a bigger threat than most, and apparently he is simply wonderful in the film, expect him to be a dark horse contender all season long. In the final slot I am going with Branagh. Many have him up higher, but I think that the movie may all be about Michelle Williams, and with so many big names below him, he's going to need some big precursor support. For now he is in. But don't forget George Clooney, Philip Seymour Hoffman, Jim Broadbent, and Ben Kingsley, all previous Oscar winners, as well as newcomers Armie Hammer and Ezra Miller who are making an impression.
Posted by Andrew at 9:37 PM