Last night J. Edgar premeired at the AFI Fest to mostly mixed reactions. While it is hard to have a consensus yet, I can say that it did not have the fantastic debut of other festival favorites such as The Artist, The Descandants, or Midnight in Paris, nor does it look like it will be a crowd-pleaser like The Help or Moneyball. There are two standout elements already that are sure to get Oscar recognition: Leonardo Dicaprio and the Makeup. I think it will end up being like Invictus or Gran Torino with decent critical/audience response, but not enough to land a Best Picture nod. But we'll need some more reviews and audience reactions to determine how far this film can go. Here are some early reviews:

Kristopher Tapley at In Contention at Hitfix: 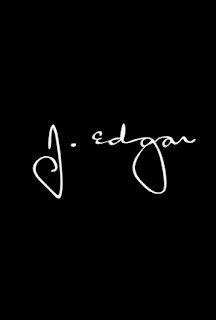 "I find myself coming down a number of different ways on Clint Eastwood's "J. Edgar," which saw its world premiere tonight as the opening film of the 25th annual AFI Fest. It's weird, really. There are things to admire. There are things that are maddening. There are the usual caveats of a latter-day Eastwood film, and yet some indications of a departure from recent disappointments. (It's probably my favorite of his films since "Letters from Iwo Jima.")At the heart of this vacillating, though, is a definitive opinion: Leonardo DiCaprio is exceptional in the title role, digging into an incredibly complex character, committing from frame one to the embodiment and maintaining that course without losing focus."

"While not exactly coy, Eastwood's classically styled look at Hoover's life takes a long time to arrive at questions of the character's proclivities. When it does get there, however, this new dimension of the character so enlivens what has been a mostly dry portrayal of one man's crusade to reform law enforcement that it becomes the pic's focus."

"Tackles its trickiest challenges with plausibility and good sense, while serving up a simmeringly caustic view of its controversial subject's behavior, public and private."
Posted by Andrew at 8:17 PM