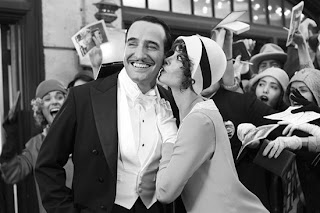 Commentary - There seems to be a growing consesus around 8-10 names, with 5-6 really heading the pack. But as the critics awards pour in this could change, especially since I think there is no true frontrunner. But if I were to guess, Octavia Spencer is definitely leading the pack with her star making turn in The Help. I also am standing my ground that Jessica Chastain will get in for something, and I think she will join Spencer with The Help. Spencer's biggest competitor at this point is Vanessa Redgrave, but I think the movie as a whole has some problems (a plague affecting a lot of acting contenders this year), and some of her personal politics have turned off people in recent years (an idiotic reason to not nominate some one), so I am not 100% she can beat her fellow nominees, or get nominated at all. Berenice Bojo has quickly risen up the charts as The Artist seems to be charming the pants off of people, and I think if it can sustain its buzz, then she will be a formidable contender, and a dark horse for the win as it is a borderline lead performance. Finally, I am going with newcomer Shailene Woodley (ok she's not that new, but new to the race), as I think The Descendants has a lot of steam going into the big race, and apparently she holds her own against George Clooney ala Anna Kendrick.
Posted by Andrew at 10:29 PM