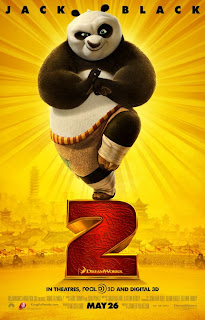 Commentary - With the announcement that The Adventures of Tintin was in, I think it has solidified itself as a potential nominee. While some will not vote for it simply because they may not see it as a true animated film, I think that Spielberg's name, and some decent reviews will be enough. However, I think that the only lock in this race is Rango, which has withstood this whole year to remain one of the best animated films of the year. However, coming on its heels is the well-reviewed Arthur Christmas, which may wear off after the holiday, but its from the people that brought us Wallace & Gromit, and in this weak year, it could vie for the win. In the last two spots however, I have shaky predictions. I am currently going with Kung Fu Panda 2, which got decent reviews/box office, and the new edition of Puss in Boots, which improved on the last two Shrek movies and managed to get some good reviews. However, Cars 2 and Happy Feet 2, are on their heels, despite getting bad reviews, good will left over from their previous outings may be enough to get them in again. Also don't forget Winnie the Pooh which got rave reviews and is whimsical and nostalgic, or Rio, which is a fun film that has some Oscar nominee and winner voices that could boost it.
Posted by Andrew at 10:51 AM