Commentary - This race from the very beginning has been an exciting one, and with five incredible nominees, it has yet to disappoint. In my heart, I will always have a place for Bruce Dern, and still hope that maybe Academy voters have been holding out for a hero. But alas, the nomination was his reward, and a worthy one at that. I personally thought Christian Bale knocked it out of the park, but once again, this is just not his year. Instead what we have is a tight and interesting three-way race. After the BAFTA win, Chiwetel Ejiofor has once again staked his claim as a real contender and if 12 Years plays really well with the Academy, then Ejiofor could benefit from the love. The other major contender is Leonardo DiCaprio. Besides the Globe, he hasn't won much, but the campaign for him was everywhere the last couple weeks of voting, and it could sway some voters. Plus, he has a "due" factor. He has been nominated many times, and has missed out on several deserved ones as well. It is definitely time for him to get the big one. But I think he will have to wait for another round. Matthew McConaughey has had a career renaissance, including True Detective which has played throughout the voting period to rave reviews and ratings. His transformation in Dallas Buyers Club was nothing short of amazing, and despite a BAFTA snub, he has won plenty of accolades to back him up. I think this is his year. Alright, Alright, Alright. 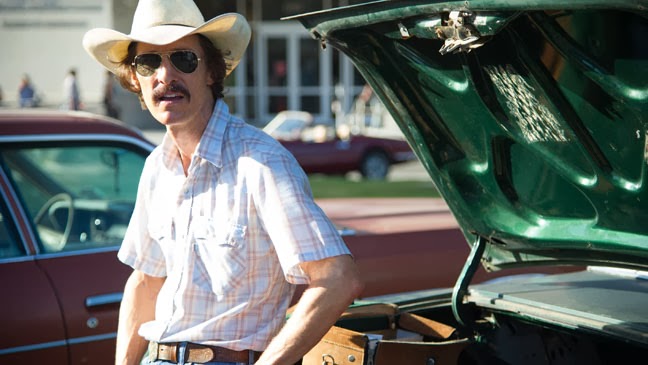