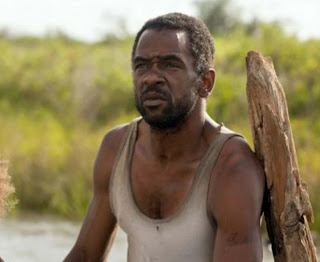 Commentary - An interesting race that has already seen some shakeups. I have bumped Russell Crowe, because since the early part of last decade he doesn't seem to have made a mark, but he is still right on the cusp. I have also moved Sean Penn because his performance looks too much almost laughable compared to his co-stars in Gangster Squad, and I'm not sure on how the final product will turn out. Leonardo Dicaprio looks like a scene-chewer in Django Unchained, and he is still my number one simply for being so overdue for an Oscar. For The Master, I am switching categories with Hoffman and Phoenix, both of which look to be big contenders, and Hoffman is now going into supporting, a category he has been nominated several times since his win in lead. Also, as Lincoln approaches and so many male names, buzz is still the strongest for Strathairn's William Seward, and after his Oscar nod in 2005, he is no longer a no-name with no Academy recognition. There are however, two new additions to this race, both of whom are garnering huge buzz. The first is previous nominee Woody Harrelson. Apparently his role in Seven Psychopaths is top-notch Harrelson, and he too is garnering a lot of buzz. The final slot may surprise some people, especially ahead of names like Russell Crowe, Sean Penn, William H. Macy, and Tommy Lee Jones. But Beasts of the Southern Wild is really hitting it big with critics, and could be the indie darling that takes the Oscars by surprise. So watch out not only for its little star, but also for Dwight Henry in this Supporting race, where we see year in and year out lesser known names beat out the bigger stars. I think he could be a newcomer to the inner Oscar circle this year.
Posted by Andrew at 3:33 PM