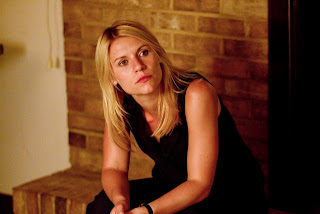 Commentary - The first four names you read were easily written down and are ready to go. I would be shocked if Danes, Margulies, Close, and Moss were not included on this list, and would be saddened because they are all actually worthy contenders. From these four, we will also probably draw our winners, with Danes way out in front, and the other three a distant second. It is those last two slots that are causing trouble. Messing is an Emmy winner, and is on a show about show business, Enos was nominated last year, Sedgwick is a former winner for this role, Dockery and McGovern are on a proven winner Downton Abbey, as is Jessica Pare in terms of Mad Men. That being said, we know that in this category (for some reason), voters have continued to stick with old favorites, and be more concerned about the person than the perfomance. Which leads me to my last two predictions. Now, let me say first, I get tired of the Mariska Hargitay bashing as of late. At one point SVU was a decent crime serial, and Hargitay was always delivering decent performances earning an Emmy win for it. While I agree it is her time to go, and the show and character have overstayed their welcome, I really wish pundits would stop bashing her over the head. It's not her fault that the Academy loves her. So I am once again putting her in the mix, and will continue to do so until the Emmy voters say otherwise. The last predictions might also signal some groans. Once again, I agree that even the great Kathy Bates couldn't save the quality of Harry's Law, and that there are far better performances and shows out there who deserve recognition. But she is Kathy Bates, she got another SAG nomination, and I think that while they still have a chance, voters will give her another Emmy one as well.
Posted by Andrew at 1:29 PM