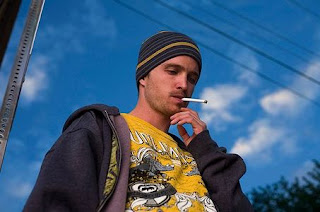 Commentary - I can easily come up with five names that I think are solid contenders, and likely nominees. After last year's win Peter Dinklage is definitely back in the race, although he will face competition he didn't last year in the previous year's winner Aaron Paul. Throw in the electric performance from Giancarlo Esposito in Breaking Bad, and you have a three way horse race for the gold. Poor John Slattery was expected to win last year with a perfect episode submission, but like the rest of his Mad Men cast members, has always seemed to come up short. But the series is still popular, and I expect him to continue to be nominated, even if he never wins. Finally, in the fifth spot, I feel pretty confident that the combined popularity of Homeland and television/stage veteran status, will lead to an Emmy nod for Mandy Patinkin. It is the sixth slot however that is giving me trouble. Walton Goggins and Josh Charles both got in last year, but Charles' season wasn't as powerful and both face internal competition from Neal McDonough and Alan Cumming. Then there is John Goodman and Nick Nolte, popular veteran actors in juicy roles. I honestly think any one of them could grab that nod and it would not be a shock. I have a hunch, which I know is not a great way to make predictions, but alas, that Alan Cumming's role on The Good Wife, which has had its share of dramatic and comedic moments since he joined the show, is flashy enough to once again merit a nod. Although he is certaintly on shaky ground.
Posted by Andrew at 10:54 AM