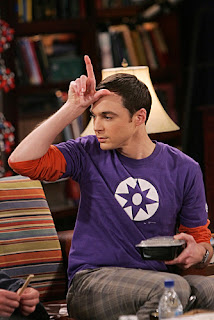 Commentary - Not as many contenders as some of its counterparts, this category could still afford a few surprise come Emmy nomination morning. I feel pretty confident about four men in particular, and would honestly be shocked if one of them did not get nominated. Parsons, David, Baldwin, and C.K. are all previous nominees/winners, and all had great years on their respective shows. My guess is that they all four easily get in once again. In the last two slots I am a bit confused. I have bet against Jon Cryer before and have paid the price for it. Although, he has never been nominated as a lead, although it was not for a lack of trying in the first few season. Also, with the exit of Sheen and introduction of Kutcher, this show went from being mediocre to just outright awful. All of this points to him finally being left off the list, but let's not forget just how much the Emmys love him, and while I hope I am wrong, my guess is that he gets in again. It's the last slot that may confuse some people. Most pundits and people I have talked to think that Don Cheadle is a lock. He's a moviestar, Oscar-nomianted actor, and will be too much for voters to pass up. But, House of Lies buzz is completely dead, and the role is not exactly laugh out loud funny. In contrast, The Big Bang Theory is a lock for a Comedy Series nomination, and seems to be growing in popularity with the Television Academy. While it could go either way, I think that Johnny Galecki, who got his first nod last year, will manage to overcome Cheadle and surprise a few people with his second nomination. My hope is that both he and Cheadle get in and Cryer is left out in the cold. Crossing my fingers!
Posted by Andrew at 9:19 AM