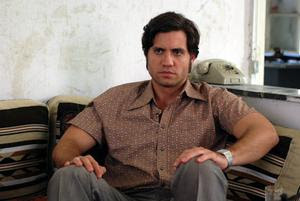 Commentary
In my personal opinion, the performances of Tommy Lee Jones and Samuel L. Jackson in The Sunset Limited were the best of the year, Jackson slighty ahead in my vote. But they may split each other's votes, leading the way for another actor to get in. One of these could be William Hurt, former Oscar winner, in the politically charged To Big to Fail. Another possibility could be the always incredible Jim Broadbent for Any Human Heart. I defnitely think that last year's breakout performance Edgar Ramirez for Carlos is a contender, as is the underratedc Idris Elba. Finally, Greg Kinner would have easily gotten in if The Kennedys had not stirred up controversy. If for some reason, the Academy likes the miniseries, then Kinnear could still get in.
Posted by Andrew at 4:00 PM