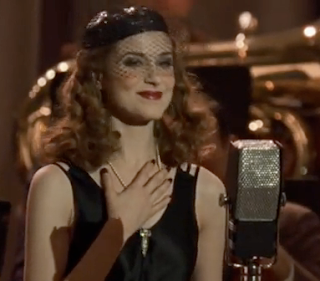 Commentary
So this race seems to be dominated by a few set films, with some stragglers that could fill in spots. The Mildred Pierce women could legitimately get three spots, most likely Wood, Winningham, and Leo being the biggest of the five possibilities. Too Big to Fail also has two really top contenders in Kathy Baker and Cynthia Nixon. Beyond those two films the stragglers are also pretty strong contenders as well. Maggie Smith and Eileen Atkins are Emmy veterans and are beloved, so expect them to take a few spots. Finally, Any Human Heart looks to be another possibility with both Kim Cattrall and Gilliam Anderson looking for Emmy gold.
Posted by Andrew at 1:02 PM