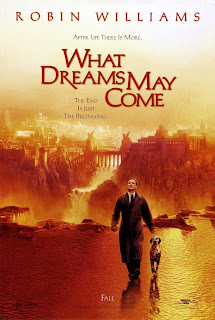 Best Art Direction
Academy Winner - Shakespeare in Love
My Pick - What Dreams May Come
Commentary - The Art Directors' Guild went for What Dreams May Come, and the Academy should have followed in suite. The film was so-so to say the least, but the sets and overall production design were simply marvelous.
Best Cinematography
Academy Winner/My Pick - Janusz Kaminski "Saving Private Ryan"
Commentary - Saving Private Ryan's cinematography perfectly captured the dread and fear that face worn-torn Europe, but also the hope and optimism of those few brief scenes of pause. A beautifully shot film.
Best Costume Design
Academy Winner/My Pick - Shakespeare in Love

Commentary - Elizabeth almost got my vote, but I thought back to some of Shakespeare in Love's frocks and realized that they were pretty dramatic. I usually don't go for those kind of costumes, but in this year, I felt it was the best choice.
Best Film Editing
Academy Winner/My Pick - Michael Kahn "Saving Private Ryan"
Commentary - A long, yet surprisingly taut and nail-biting film that was extraordinarily put together by the wonderful team of Steven Spielberg and Michael Kahn.
Best Makeup
Academy Winner - Elizabeth
My Pick - Saving Private Ryan
Commentary - I acutally preferred the makeup design in Saving Private Ryan, for no particular reason, I just felt that it was more subtle, capturing the dirt and blood and sweat, compared to the carefully planned Elizabeth. Maybe I just like a more natural and subtle makeup design. Either way, it would have gotten my vote.
Best Original Dramatic Score
Academy Winner - Nicola Piovani "Life is Beautiful"
My Pick - Randy Newman "Pleasantville"
Commentary - My pick has three purposes. First John Williams is my second choice, but Saving Private Ryan's score was no Star Wars. Second, Randy Newman was snubbed so many times and should have about five Oscars right now. Third. Pleasantville was a wonderfully underrated movie, and deserved at least one Oscar for overall recognition. 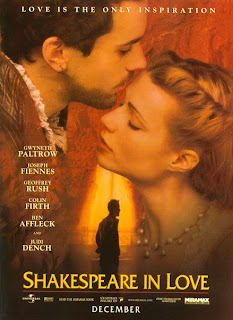 Best Original Musical or Comedy Score
Academy Winner/My Pick - Stephen Warbeck "Shakespeare in Love
Commentary - The score was nice, and out of these films, it seems as if it is the only film that is really award worthy.
Best Original Song
Academy Winner - Stephen Schwartz "When You Believe" from "The Prince of Egypt"
My Pick - Dianne Warren "I Don't Wanna Miss a Thing" from "Armageddon"
Commentary - This song was Aerosmith's first number one hit (amazing I know), and even the movie was popcorn trash (entertaining popcorn trash), this song still remains one of the biggest hit of the 90's and a movie/power anthem that still resonates today. Plus the wonderful Diane Warren has yet to win an Academy Award, which is a travesty.
Best Sound Mixing/Best Sound Editing
Academy Winner/My Pick - Saving Private Ryan
Commentary - Intricate sound that got voices, and planes, and bulletts all combined together into one mesh that simply was a treat for the ears.
Best Visual Effects
Academy Winner/My Pick - What Dreams May Come
Commentary - None of these films were that good, but he effects in the weird What Dreams May Come, while more subtle say than Armageddon, were fantastic.
Posted by Andrew at 12:56 PM