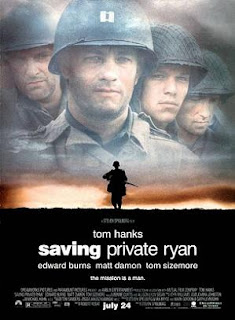 My Pick - Saving Private Ryan
Commentary - I liked Shakespeare in Love, it was romantic, well acted, and had some nice moments of humor. That being said, Saving Private Ryan not winning Best Picture today remains one of the biggest Academy mistakes. Not only was it epic as hell, but it was emotional, well-acted, completely changed the way we look at war movies, and according to surviving veterans, was one of the most accurate depictions of WWII to date. It should have won, plain and simple.

Best Director
Academy Winner/My Pick - Steven Spielberg "Saving Private Ryan"
Commentary - Well at least the Academy got it right in this category. I loved Spielberg's sci-fi adventures, but this and Schindler's List is where Spielberg really shines, as you can see his heart and soul inundating you from every frame. This was a passion project, and it was spectacular.

Best Actor
Academy Winner - Roberto Benigni "Life is Beautiful"
My Pick - Edward Norton "American History X"
Commentary - No offense to Benignil, but I was not happy when he won. Not when the incredibly powerful performance of Edward Norton in the ultra-controversial and hard to watch American History X, was left sitting in the audience. Time and time again Norton proves his chops. This should have been his crowning moment.

Best Actress
Academy Winner - Gwenyth Paltrow "Shakespeare in Love"
My Pick - Cate Blanchett "Elizabeth"
Commentary - This one was tough, but if I had to choose between the two Shakespearean-era performances, the power and emotion that Blanchett brought to the Virgin Queen was simply unmatchable.

Best Supporting Actor
Academy Winner/My Pick - James Coburn "Affliction"
My Pick -  I know this performance was probably not the best of the bunch, but I am a sucker for honoring legends, and Coburn was definitely that. It was nice to finally here the phrase, "And the Oscar goes to...James Coburn." Right or wrong, he would have gotten my vote.

Best Supporting Actress
Academy Winner/My Pick - Judi Dench "Shakespeare in Love"
My Pick - This was not Dench's best performance, hell she was only in the movie for like 10 min. But the same sentiment I gave to Coburn, I am giving here. Dench deserves to be an Oscar winner, plain and simple. 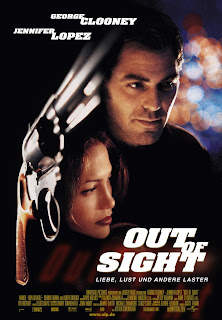 Best Adapted Screenplay
Academy Winner- Bill Condon "Gods and Monsters"
My Pick - Scott Frank "Out of Sight"
Commentary - This was a tough category, as I have always been a fan of Condons. I liked Chicago, loved Dreamgirls, and also really liked Gods and Monsters. That being said however, I went with Scott Franks incredibly clever, funny, and sharp script for the incredibly underrated crime thriller Out of Sight, which featured two great performances from Jennifer Lopez and George Clooney. In terms of the script, I think that Out of Sights was simply better, although I am not at all mad at the Academy's choice. God that was wishy-washy.

Best Original Screenplay
Academy Winner - Marc Norman and Tom Stoppard "Shakespeare in Love"
My Pick - Andrew Niccol "The Truman Show"
Commentary -  Shakespeare in Love wasn't that original, compared to the hilarious and emotional script for Peter Weir's gem The Truman Show. It was pitch perfect in so many ways, and while having a great cast and director didn't hurt, it was definitely Niccol's script that made it soar.
Posted by Andrew at 3:34 PM