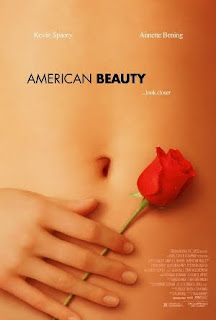 Academy Winner/My Pick - American Beauty
Commentary - Out of these five, the choice of American Beauty wasn't that hard. The Green Mile and The Cider House Rules were nice, sentimental films, but nothing amazing. The Sixth Sense was fantastic, but since Shymalan's effort was a one-hit wonder, hindsight (which I know is not really allowed, but its my blog, my rules) tells me that it would not be the best choice. The Insider is probably my number two choice, but pales in comparison to Mann's other works such as Heat. That is not to suggest that American Beauty simply wins out of default. It had a well-written script and a wonderful cast, that created a perfectly ironic movie about the American suburbs.

Best Director
Academy Winner - Sam Mendes "American Beauty"
My Pick - Spike Jonze "Being John Malkovich"
Commentary - The weakest part of American Beauty for me was its direction, as some of the directorial flourishes didn't really work. That being said, Spike Jonze's work in Being John Malkovich was clever, funny, romantic, and wacky as hell. Only someone as weird as Jonze could have made it work so well. For that, he gets my vote.

Best Actor
Academy Winner/My Pick - Kevin Spacey "American Beauty"
Commentary - There were a lot of great performances, but Kevin Spacey's transformation, which leads to a midlife crisis, and (SPOILER ALERT) death, is nothing short of amazing, subtle yes, but nonetheless convincing.

Best Supporting Actor
Academy Winner/My Pick - Michael Caine "The Cider House Rules"
Commentary - In this list of so-so performances, Caine was an excellent choice. He was the best thing about the movie, he deserves to be a two-time Academy Award winning actor, and the other actors in the bunch (at least in 1999), had yet to show off their chops. A nice win for a legendary actor. 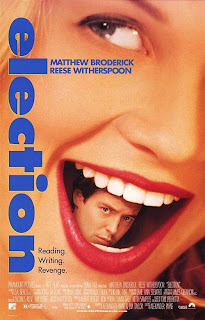 Commentary - Jolie was definitely shocking in Girl, Interrupted, but the movie as a whole was a mess. I would have much rather seen the underrated Catherine Keener get a little gold man for her delightfully wacky role as Maxine Lund in Being John Malkovich.

Best Adapted Screenplay
Academy Winner - John Irving "The Cider House Rules"
My Pick - Alexander Payne and Jim Taylor "Election"
Commentary - Without Election and The Matrix in the Best Picture running, this year was a wash. Election was such a clever and witty script, that beautifully played out high school politics without being shrill or cliche. I am also convinced that Witherspoon should have gotten her first Oscar nod for the film. Either way, the Academy missed the boat by not awarding such a brilliant screenplay.

Best Original Screenplay
Academy Winner/My Pick - Alan Ball "American Beauty"
Commentary -  This was a tough category, but I think that the Academy made the right choice, as Ball's script, while it has flaws, translated beautifully onto the screen, and gave us a true American nightmare in the backdrop of a supposedly perfect life. It sounds like an easy job, but to do so with the tact and emotion that American Beauty encompasses takes true talent.
Posted by Andrew at 3:38 PM