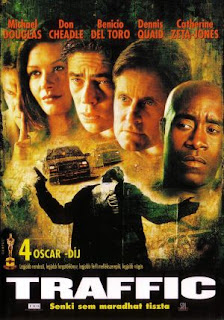 Best Picture
Academy Winner - Gladiator
My Pick - Traffic
Commentary - This was a tough one, but overall, I think I would have gone with Steven Soderbergh's gritty masterpiece about the drug trade, over the more classic Gladiator. That being said, without Almost Famous or Requiem for a Dream in the running, this race was useless for me, as those two movies still remain the best films from 2000.

Best Director
Academy Winner - Steven Soderbergh "Traffic"
My Pick - Ridley Scott "Gladiator"
Commentary - So I would have split BP and BD like the Academy, but would have reversed it. I preferred Traffic to Gladiator, but Scott is way overdue for an Oscar, and I thought his even-handed direction was actaully better than the younger Soderbergh.

Best Actor
Academy Winner/My Pick - Russell Crowe "Gladiator"
Commentary - Hanks has done better work, Harris should have won in 95 for Apollo 13, Rush won in 96, and should have, and in hindsight, we know that Bardem would have won in 2007 for NCFOM. I am not saying that Crowe won by default, as his performance was emotional and powerful, but I will say that in terms of who is due and who is not, it was a vote that worked two ways. A win win for the Academy.

Best Actress
Academy Winner/My Pick - Julia Roberts "Erin Brockovich"
Commentary - I know a lot of people were pissed about Roberts winning, and maybe I'm just another populist boob who falls for a pretty actress, pushing herself and wearing revealing clothing. Or maybe, just maybe, I found that Roberts' performance was actually pretty damn good, a nice stretch for her, but still maintained the charm and humor that has made her America's Sweetheart for many years. I liked Erin Brockovich, and thought Julia was great. So hate me or love me, she would have gotten my vote.

Commentary - If Del Toro should have won for 21 Grams, then in 2000, the great Albert Finney could have finally won his elusive Oscar. Not only was he overdue, but was great in Erin Brockovich, and still remains one of the best actors to never win an Academy Award.
Best Supporting Actress
Academy Winner - Marcia Gay Harden "Pollock"
My Pick - Kate Hudson "Almost Famous"
Commentary - I know Kate's career hasn't done much since this stunning performance, but in that year, no one in this category was better than Kate. She was airy, and mystical, strong, yet vulnerable, and absolutely brilliant as Penny Lane in Almost Famous. To this day,  I still think is one of the Academy's biggest mistakes. 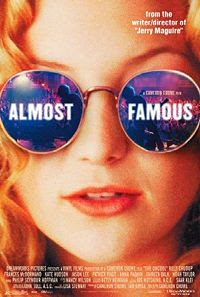 Best Adapted Screenplay
Academy Winner/My Pick - Stephen Gaghan "Traffic"
Commentary - Traffic did what a lot of other ensemble dramas are not able to do: deftly combine a plethora of characters into an intricate web of drugs. This is due in part to the wonderful, Academy-Award-winning script by Stephen Gaghan.

Best Original Screenplay
Academy Winner/My Pick - Cameron Crowe "Almost Famous"
Commentary - One of the best scripts of the last decade, Cameron Crowe's screenplay was funny, original, and personal, yet also struck a deep chord with any teenage boy who has ever dreamed of becoming famous in the crazy world of entertainment.

Best Documentary Feature
Academy Winner/My Pick - Into the Arms of Strangers: Stories of the Kindertransport
Commentary - I can see why the Academy chose this documentary, as it is emotional, shocking, yet poignant. It stuck with me a long time after its final frame...in my book that is a good movie.
Posted by Andrew at 10:08 PM