Commentary - I think that Lincoln is one of the deepest and most complete casts of any film in recent memory. And it wasn't just Daniel Day-Lewis, Tommy Lee Jones, and Sally Field that knocked it out of the park. There were a whole host of talented character actors including James Spader, Gloria Reuben, Walton Goggins, S. Epatha Merkerson, Lee Pace, Jackie Earle Haley, John Hawkes, Joseph Gordon-Levitt, Hal Holbrook, David Strathairn, Tim Blake Nelson, Dane DeHaan, and countless others that made their limited screentime worth our time. And while Les Miserables has plenty of detractors, most agree that its cast was spectacular. But for my money, the actors favorite movie appears to be Silver Linings Playbook. It got four acting Oscar nominations, and did unexpectedly well across the board. I don't think it will win Best Picture (if it was going to pull an upset, it would have happened last night), but I don't think it walks away from this award's season empty handed. The one film I am now really watching for to upset the big three in this category is Argo. If the PGA wasn't a fluke, it could continue its run to Oscar with a surprise win tonight. 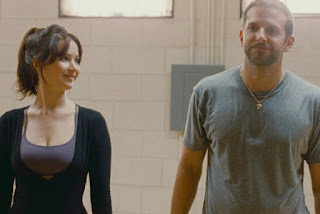