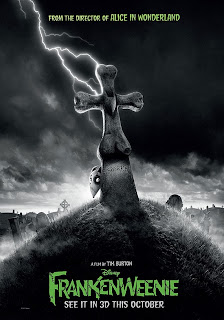 Commentary - Is it possible to have Finding Nemo 3-D eligible? Just kidding, this year actually has a lot of names, and will most likely have five nominees, although none of them are really standing out at this moment. While Brave may not have been up to par, it is probably still in the lead, although two recent releases Frankenweenie and ParaNorman are both getting decent reviews, and could be late contenders. The one main studio release that I'll be interested to see is Rise of the Guardians, which has some positive buzz, but could end up not living up to expectations. The question I have is: after last year's success with two nominations, how many films will GKids get in this year. The one with the most buzz is Le Tableau, so it is currently in my predictions, but if they get much better reviews then some of these studio releases then films like The Rabbi's Cat, From Up on Poppy Hill, and Zarafa could all be in play.
Posted by Andrew at 1:26 PM