2013 Grammy Awards: First Look at Record of the Year 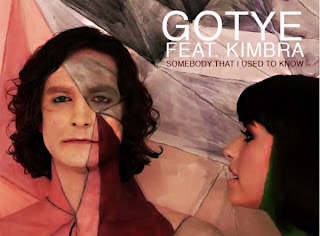 Commentary - So Adele could return to this race, but due to Grammy rules she is going to have to make history to do so. Apparently she can't submit the recorded version from 21 because the album has already won several Grammys, so she'll have to take her live album's version. The problem is that while a Pop Performance nod is almost a guarantee, no live recording has ever been nominated for Record of the Year. I will currently leave her out of the predictions until some clarification comes from the Recording Academy, or there seems to be overwhelming support coming for her. It may be that we are reading their rules wrong and they will allow it, which puts her back on top of the race. If we exclude her, there are still plenty of names that will be fighting for the top five. In the pop field there are two tiers. There are the quality, yet still catchy choices from P!nk, Kelly Clarkson, Fun feat. Janelle Monae, Jessie J, Gotye, & Florence + The Machine, and then there are the not so great, but really popular choices from the likes of Carly Rae Jepson, Taylor Swift, and One Direction. While Jepson may make the cut simply because Call Me Maybe was everywhere this summer, I hoping that otherwise the Grammy voters stick to the higher quality choices. The outlier for me is Katy Perry. Still incredibly popular, she has two possibles, but neither Part of Me or Wide Awake had the impact of Firework, so she'll have a tougher go this time around. In the rock field, I think that either or maybe both of Black Keys and Mumford & Sons will make the cut, Green Day being their only real other rock competition. Rap has some choices including the title track from Drake and Rihanna, the one that should be nominated from Jay-Z and Kanye West, and the incredibly catchy Starships from Nicki Minaj. But I don't know if any of them will have enough to break through. Finally, while Frank Ocean is strong in Album of the Year, I am not as confident about his single Thinkin Bout You, but don't count it out.

October Record of the Year Predictions
Drake feat. Rihanna "Take Care"
Florence + The Machine "Shake It Out"
Fun. feat Janelle Monae "We Are Young"
Gotye feat. Kimbra "Somebody That I Used to Know"
Mumford & Sons "I Will Wait"
Posted by Andrew at 11:51 AM