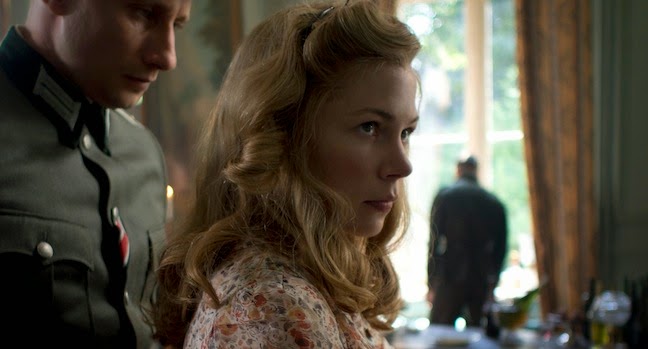 Commentary - The big question is, can Cate Blanchett get back in just after winning this year? The answer is yes, but I am currently leaving her out until we get a look at some of the other contenders, but her leading role in Todd Hayne's latest Carol could be a true awards magnet. I also think we should look out for Carey Mulligan in an historical film Suffragette, Anne Hathaway in Christopher Nolan's latest, Julianne Moore, Rosemund Pike in the high-profile Gone Girl, Nicole Kidman as Grace Kelly, Marion Cotillard as Lady Macbeth, Jessica Chastain in several roles, Helen Hunt in her second directorial debut, Jennifer Lawrence in the long-delayed Serena, Helen Mirren in Lasse Hallstrom's latest, and Emma Stone who has two high profile roles in Woody Allen and Cameron Crowe films. But let's dive into the predictions. Amy Adams could be the favorite this year if Big Eyes breaks Tim Burton's rotten streak. She earned her fifth nomination this year, and is so hot on the Oscar circuit over the last decade, I think that if she knocks the Margaret Keane biopic out of the park, then she could be the favorite to win. Berenice Bejo proved in The Past this year, that she could be riveting when she speaks as well as when she doesn't. Her up against Annette Bening in a politically charged film could be one to really watch for. After a few years absence from the race, Michelle Williams returns with her juicy turn in Suite Francaise. She is clearly loved by Academy voters, and is another one that seems destined to eventually take one home. Reese Witherspoon returns almost a decade after winning for Walk the Line with a harrowing turn in Wild, which could be a Bullock-esque survival story that provides for plenty of great Oscar-worthy moments. Finally, I am taking a leap here with Emily Blunt. She has been flirting with an Oscar nod for while, and if she exceeds expectations (the film as well for that matter), she could finally cross the finish line.
Posted by Andrew at 7:33 PM