50. Edward Scissorhands (1990) - Tim Burton may have had a few duds in a row, I mean seriously, Dark Shadows was just awful. But in the 1990's, and through most of the last decade, Tim Burton remianed one of the most inventive and fun directors working in Hollywood. And he was never better than in 1990's Edward Scissorhands. Making a film, whose main character has scissors for hands is a risky choice indeed, and only certain directors could pull it off and make the love story believable. Luckily Burton happens to be one of those directors. His unique vision, combined with his surprising sentimentality make Edward Scissorhands not only an engaging film, but a compassionate one as well. Combined with a stunning performance from a young Johnny Depp, and Edward Scissorhands is a wonderful endeavor. It also brings an important message about being true to yourself, a message, that like this film, will always stand the test of time.

49. The Iron Giant (1999) - Before Brad Bird was an Oscar-winning animator, one of the brilliant members of the incredible Pixar team, he created one of the most endearing and underrated animated films of all time, 1999's The Iron Giant. The story of a young boy who befriends an alien giant who is being hunted by the government, is definitely not just kids stuff despite being fun for the whole family (sorry for the really bad cliche). It is a beautifully written by Bird and his team, which makes it enjoyable for adults, and helps it rise above a lot of the standard animated fare. It is a perfect combination of science fiction, comedy, action, and most importantly, nostalgia, which teaches kids great lessons about life and about being themselves, and also proves to be an incredibly entertaining, engaging, timeless film that should make its way into everyone's DVD player.

48. The Truman Show (1998) - Peter Weir has directed all kinds of films from daring epics, to inspirational dramas. But being the chameleon that he is, Weir also tackled an intricate character study about a guy who doesn't realize his life is a fictious television show, in 1998's The Truman Show. While most people in the world would categorize this film as a comedy, and in part they are right, this is not just a straightforward comedy. It is filled, not only with great performances, particularly the shining Jim Carrey and Ed Harris , but also with layers of character and moral depth. It parodies the sometimes destructive power of the modern media, and does so with an intense sense of humor that is slightly dark, and incredibly powerful. This is not a movie for those who want mindless entertainment. This film is for moviegoers who want to reflect on our current society, and like to think when they watch movies. 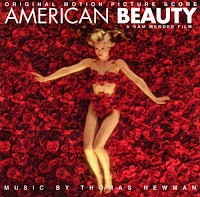 47. American Beauty (1999) - After uears of rewarding period pieces and movie epics like Braveheart, The English Patient, Titanic, and Shakespeare in Love, the Academy diverged when they awarded Sam Mende's hautingly beautiful study of a crumbling American family, 1999's American Beauty. It is stylistically beautiful, creatively weird, and incredibly frightening in so many ways. Mendes carefully crafts a web of screwed-up characters all desperately trying to live the American Dream, despite their inability to do so. While some have recently scoffed at the Academy's choice, I personally think it is one of their boldest in recent memory. American Beauty is one of those films that lingers with you, that really makes you think about the futility of life, and about the seemingly perfect suburban world so many of us claim to live in. It doesn't hurt that Kevin Spacey and Annette Bening give some of the best performances of their careers, which considering their bodies of work is quite impressive. Furthermore, in the year of movies that was 1999, it is saying something that this is a standout.

46. Dazed and Confused (1993) - 1976 was an important year in American history (and in my personal life, that was the year my parents graduated from high school). It was the bicentinnal, Rocky, Network, Taxi Driver, and All the President's Men were all released, and a new president was elected. It also was the setting for one of the 1990's most laid back, nostalgic, and surprisingly wonderful films of the 1990's. Richard Linklater is one of those few directors who really captures American humanism (Thomas McCarthy really is the new Richard Linklater). And furthermore, he has the ability to reach surprisingly dramatic depths. On the surface, Dazed and Confused is a stoner comedy. And in many ways it would appeal to those who seek out those type of movies. But it is also a perfect picture of high school life in the late 1970's. The combination of promiscuity, the incredible music, and the times of celebration as America turned 200 were all perfectly combined into a nostalgic masterpiece that never gets old, and reminds us of a simpler time.

45. Titanic (1997) - Ill have to admit, after being forced to see Titanic like 10 times in theaters, I was not a huge fan of this film. But a recent viewing helped me realize something very important. While it is still not my personal favorite film, it is a bold and stunning piece of cinema that despite my personal misgivings, deserves a spot on this list. I don't really need to spend a lot of time explaining why people loved Titanic so much, considering every human being on the planet has seen this movie multiple times. It was a visual feat, and winning love story, and really paid tribute to one of the most horrific and infamous events of the Twentieth Century. It also had some knockout performances, especially Kate Winslet, Gloria Stuart, and Kathy Bates. It is one of those films that was critically acclaimed, while managing to be a successfully blockbuster, the most successful of all time. Futhermore, it cemented the power if James Cameron directing abilities. No working director has been able to accomplish what Cameron has, and he has done so in so few films. A feat indeed.

44. Pleasantville (1998) - This one is definitely a personal favorite of mine, and remains one of those films that always gets watched all the way through any time I stumble across in on TV. It is the of a young boy and his snobby, preppy sister who get sucked into the fictional world of a perfect 1950's small-town, similar to Leave it to Beaver. The set up makes you think of a lesser-known Disney flop, but as they enter this seemingly perfect world, they began to have an amazing impact on it, throwing the place into a tailspin, and bringing in sexual and social change to a quiet world. Pleasantville is one of those pitch-perfect satirical films that brilliantly comments on our changing world, and on the upheavel of the social revolutions that changed American society in the latter half of the Twentieth Century. Its performances, perky and bitchy Witherspoon, wide-eyed Maguire, stubborn Macy, sad and tortured Daniels, and confused Allen, all fit into the American story, of those that faced these changes in different ways. It is also incredibly funny, and sweet, and leaves you pondering the changes in your own life. An surprisingly deep concept and execution, of an otherwise surface-level 90's comedy.

43. Malcolm X (1992) - Spike Lee is one of the most prolific and interesting filmmakers working today. And apparently, after some editing changes, his latest Red Hook Summer will make up for some of his more recent flops. And in the aftermath of its almost prequel Do the Right Thing, many were wondering what controversial and brilliant move Lee was going to make next. 1991's Jungle Fever was an interesting film to say the least, but it was 1992's Malcolm X that proved that Lee was the real deal. The biopic of one of the most controversial and boldest figures of the Civil Rights Movement, was incredibly authentic, impeccably shot, and wonderfully acted, particularly by Denzel Washington and Angela Bassett. More importantly, it was a film that needed to be made, and important entry into the American film canon that gives us a look at one of the most tumultous decades in American history. Lee also proved that sometimes being uncompromising and honest is so much better than sugar coating, because instead of mediocre, the film resulted in unflinching brilliance, and made an incredible impression on American film.

42. The Big Lebowski (1998) - The more you dive into the Coen Bro's film collection, the more you realize that it is their comedies that tend to be the standouts. And 1998's The Big Lebowski is probably the most prolifically funny, and legendary of their repertoire. Like most of their comedies, it features strange characters put into odd situations, that can't help but be funny. But what make The Big Lebowski become such a cult-classic were the stunning performances of its three leads, Jeff Bridges, John Goodman, and Steve Buscemi. They were perfectly cast in their odd-ball roles, and added so much depth and chemistry to the film that you can't help but keep watching just to see what kind of mess they are going to get into. Of course at the center is Jeff Bridge's infamous dude (which was lovingly referenced by Sandra Bullock when Jeff was nominated for True Grit). His ridiculousness is layered with humanity, as are all the characters in a wonderfully written and acted 90's classic.

41. When We Were Kings (1996) - Most documentaries are not given a second thought by the general American population. But every once in a while, one of these nonfiction spectacles becomes so popular and is so well-made that people really remember it, and it becomes a classic in its own right. Two such documentaries in the 1990's really made an impact on me. One will be mentioned much later, but the first one was 1996's boxing classic about the 1974 match between George Foreman and his challenger Muhammad Ali. It is documentary film making at its finest. It is incredibly insightful, impeccably edited to really showcase the fight and the fighters, and also does what so many documentaries forget to do: it entertains. It is a wonderful movie-going experience that is as rousing and engaging as any fictional sports drama out there. It also brings character and humanity to two of sports' most endearing legends. It helps us remember that they are also humans, and that their struggles and triumphs in the ring, were only half the story. A winning film indeed.
Posted by Andrew at 12:59 PM