So Argo, Ben Affleck's latest film venture, which was hotly anticipated after his last two outings Gone Baby Gone and The Town, has surprisingly debuted at this year's Telluride Film Festival. I am happy to say, that according to early reviews, Argo lives up to the hype, and has put itself squarely in the Oscar race. It apparently is entertaining, and sells an importnat message with a great cast. Here is a look at some of the early reviews:

Gregory Ellwood at HitFix gave it an A- stating: 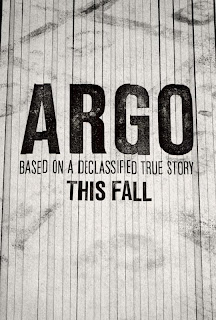 "With one of the better ensembles in recent memory, Affleck purposely gives his cast room to shine while not diminishing the risks Mendez took. Arkin plays the schmaltzy producer with enough heart to make him three-dimensional and Cranston finally gets a supporting role he can really sink his teeth into. McNairy is extremely believable as the stressed out Stafford and Tate Donovan, Chris Messina, Kyle Chandler, Richard Dillane and Goodman all deliver strong performances even if their screentime is brief."

Eric Kohn from Indiewire gave it a sold B+ saying it is both fun and historically serious:

"Equally a slick political thriller, intelligent period piece and sly Hollywood satire, Ben Affleck's "Argo" maintains a careful balance between commentary and entertainment value. Stepping beyond the raw thriller qualities that distinguished his first two directing efforts, "Gone Baby Gone" and "The Town," the actor-director successfully broadens those skills with a historical scope. This tense and frequently amusing reenactment of a covert 1979 CIA operation to smuggle assailed American political operatives out of Iran amid revolutionary chaos by disguising them as a film crew takes the material seriously while still having fun with it."

Scott Feinberg basically spells it out (and he is good at it) that Argo is officially an Oscar contender:

"When the lights in the Chuck Jones Theatre went down for the annual patrons screening here, festival co-director Julie Huntsinger quickly introduced Oscar winner Ben Affleck, who in turn introduced his new dramatic thriller Argo, the third feature he has directed. Two hours later, the audience gave a rousing ovation to the movie, which appears to me to be a very solid contender to score a best picture Oscar nomination. ...The film manages to be an edge-of-your-seat thriller ("We did suicide missions in the Army that had better odds than this"), a laugh-out-loud comedy ("You're worried about the Ayatollah? Try the WGA!") and a genuine tearjerker. This is in large part because of the strong work of everyone in its large ensemble. The audience also separately applauded when Affleck's credit appeared -- he also stars in the film -- and when the names of Oscar winner Alan Arkin and John Goodman, who play key supporting characters, flashed on the screen"
Posted by Andrew at 10:01 PM