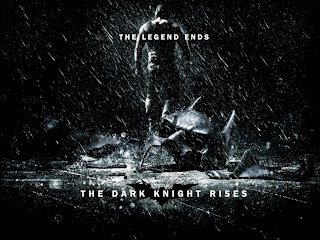 Commentary - In 2008, the exclusion of The Dark Knight was one of the biggest factors pushing the Academy to add more than 5 nominees the last three years. If The Dark Knight Rises is excellent and makes tons of money, and has critics swooning, can it break the comic book curse, and fulfill the Oscar destiny of its predecessor? God I hope so. I am also banking on more populist favorites, The Hobbit and Brave, both of which have incredible potential. But the real ones to look at are those smaller, darker, more Academy-friendly films. Lincoln is the presumed frontrunner, and unless someone tells me differently, I am sticking with it. The Master will definitely be intriguing, and may be able to accomplish what There Will be Blood couldn't in 2007. Django Unchained could have an Inglorious Basterds-type year at the Oscars, or a Kill Bill one. The last time Joe Wright directed a successful book, it was nominated for Best Picture, and Anna Karenina is surely a feat to try to tackle. Kathryn Bigelow could return again with her highly anticipated look at the death of Bin Laden. The Surrogate could be the indie film of the year, and with its two lead performances could have enough push to get it into the big race. Finally, I am going with the historical drama Hyde Park on the Hudson, whose caset looks incredible, and if the rest of the film backs it up, could be a huge contender. As you can tell, I have once again left The Great Gatsby and Les Miserables on the outside looking in, waiting to see if they will be hits or huge flops.
Posted by Andrew at 12:20 PM