Brave
Frankenweenie
The Pirates! Band of Misfits
Rise of the Guardians
The Secret World Of Arrietty

Other Contenders - Pablo, The Rabbi's Cat, ParaNorman, Dr. Seuss' The Lorax, The Wild Bunch, Dorothy of Oz, Wreck-It Ralph, Hotel Transylvania, Ice Age: Continental Drift, The Suicide Shop, Madagascar 3: Europes Most Wanted, Little Voices, A Monster in Paris, The Dreaming Machine, Crulic: The Path to Beyond, Aya of Yop City, Banking on Mr. Toad, The Flying Machine, The Hunting of the Snark 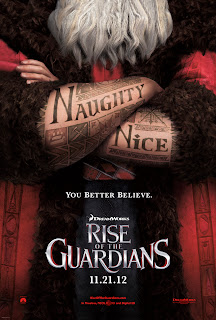 Commentary - If all of these films actually become eligible, we will most likely see another year of five for the category. I think I speak for all Pixar fans when I say, God I hope Brave is good. After Cars 2 had us shaking our heads in disbelief, it is time for Pixar to once again prove why it is produces the best films year in and year out. If it is as good as it looks, then we have our first official frontrunner for the category. Tim Burton could also return with his animated version of his own work Frankenweenie. It is weird, but they went for Corpse Bride (Still his only Oscar nomination to date). The Brits throw their hat in, with the guys who brought us Chicken Run, with Pirates! It looks funny, and could be a surprise contender despite its hokey title. The Secret World of Arrietty didn't make too big a dent on the box office, but got decent reviews, and for the minute it is a place holder. Finally, I am going with a bigger studio film Rise of the Guardians, which could crack the top five. But it and the others will have to look out for the foreign/indie films as the animators always throw in one (or this past year two) in favor of bigger studio efforts. Pablo and The Rabbi's Cat look like good contenders, but I will leave them on the outside looking in until we get a better sense of the race.
Posted by Andrew at 10:51 AM