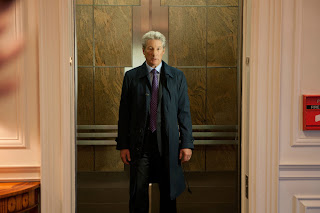 Commentary - A lot of big time contenders here, particularly between previous nominees/winners, so newcomers to the race are going to have a lot of competition to wade through. First and foremost is Daniel Day-Lewis in Steven Spielberg's Lincoln. He is Daniel Day-Lewis. He is playing Abe Lincoln. Daniel Day-Lewis + Abraham Lincoln  + Steven Spielberg = Oscar nomination. But he is not along in big projects. Philip Seymour Hoffman has the baity lead role in Paul Thomas Anderson's latest The Master. The last lead actor in one of PTA's movies one the Oscar. Ironically, that man was Daniel Day-Lewis. Despite that, Hoffman is an Academy favorite, and will probably receive his fourth Oscar nomination. I am particularly interested in Bill Murray's performance as Franklin Roosevelt, and hope that it doesn't come off as trying to hard or comical. If he pulls it off, he could be a huge threat. We already know that previous nominee for Supporting Actor, John Hawkes, is good in The Surrogate, alongside Helen Hunt, but the film will have to maintain its buzz to keep him in contention. Finally, I am going out on a limb for Sundance favorite Arbitrage. Richard Gere, like Gary Oldman last year, is the veteran for a couple of decades, who has been criminally under-rewarded. He is getting a lot of praise for his performance, and if the film releases strong, he could be getting his first Oscar nomination. There are some notables who we should keep in mind. The two projects that I am most concerned about being flops this year are The Great Gatsby and Les Miserables. They are huge titles with lots of history, and have also been criminally put on the screen before. But if they are great, then Leonardo Dicaprio and Hugh Jackman will be big time contenders. The other is previous winner Jamie Foxx. His role in Django Unchained is baity, and if the film has Inglourious Basterds-esque success he can succeed where Brad Pitt didn't and get a lead nomination.
Posted by Andrew at 12:43 PM