Skyfall is coming into this Oscar race with more buzz than any effort in a really long time. A couple of weeks ago I commented on how I thought it could become a major Oscar contender, despite the track record of Bond films not making into top categories. Now a new factor has been added to its Oscar chances: as of Sunday, Skyfall has the biggest opening of any Bond film, ever, at the box office grossing a total of $87.8 million. This is a stunning number, and has guaranteed more positive press for the film, which was also getting a field day because of its high critical scores. 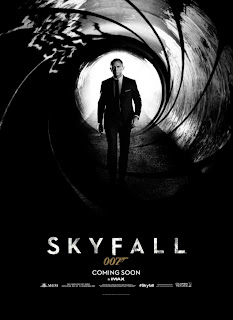 My guess is that in the end Skyfall doesn't make the cut for Best Picture, although in this new 5-10 system anything is possible. I definitely think that reviews and box office put in play to not only get nominated but win some well-deserved technical Oscars. It doesn't hurt that it has an all-star team in these below-the-line categories. It also think that it could take the "blockbuster" spot in some of these categories away from the likes of earlier efforts, especially The Dark Knight Rises. But what about the bigger categories. Oscar winners Judi Dench and Javier Bardem are outside shots in Supporting Actor and Actress, but at the moment they are definitely longshots. That leaves, in my opinion, Best Picture.

Sam Mendes is sure to be on some people's list, but in such a tight race for Best Director, I think its best shot is actually in the higher category. Some of you may think that I am crazy, but here me out. First, Oscar higher up's added these extra slots to create a more diverse lineup, which is their nice way of saying that they hoped bigger box office successes would make the cut and boost ratings. Skyfall fits perfectly into that category. Second, there are not many big British films this year, and it is sure to do well at BAFTA. The Brits have become a powerful voice within the American Academy (just look at the surprise success of Tinker Tailor Soldier Spy) and with not many films to back they will probably rally around one, this one. Third, I think Skyfall will appeal to a broad consitituency within the Academy. The younger crowds who love these new fangled action films, and the older crowds who love Bond. Finally, with BAFTA, Skyfall really needs at least one more big guild or part of the Academy to even have a shot, and the Producer's Guild tend to include at least one bigger blockbuster. All I am saying is this: while nothing is certain, watchout for Skyfall.
Posted by Andrew at 8:32 PM