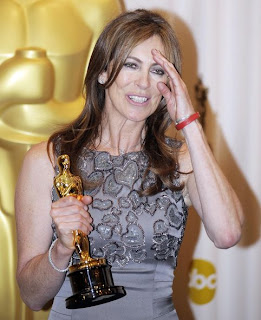 Commentary - Of all the races, Director is probably the tighest and most interesting. At the top of the heap is Tom Hooper, who apparently has another hit on his hands. He could win two Oscars in three years, which is amazing for such a young director. But another young director is vying for his first nomination. Ben Affleck has proven himself a much better director than actor, and Argo is his best yet. Despite the onslaught of new films, I still think Argo will be a big contender, as will Affleck. Steven Spielberg missed the cut for War Horse last year, but with Lincoln he has simply raised the bar. His work is astonishing, and it ranks up there with Schindler's List and Saving Private Ryan, both of which he won Oscars for. I had taken David O.Russell out, but the more I look at this race, the more I think that Silver Linings will play well. It is the one film that is different than those around it. It is not epic or historical or filled with thousands of cast members. It is the small, emotional dramedy that has Weinstein behind it, and could be the upset candidate this year. If the film does so well, I assume Russell gets in. In the final slot, some may be shocked I moved out Ang Lee. I just get this hunch that while it will get a lot of nominations, Life of Pi will not be as a big of contender now that the other films are swooping in. PTA is still a choice but The Master is slipping, and Tarantino and Jackson are always possibilities if their films are great (which I kind of get the feeling that they are). But in the last slot I am going with Kathryn Bigelow. The film may not be the biggest Oscar bait ever, but she is clearly popular, the film is exceptionally relevant, and I think that it will be a huge critics honoree, and that the directors will recognize the skill involved and push her, and the film, into the mix.
Posted by Andrew at 8:26 PM