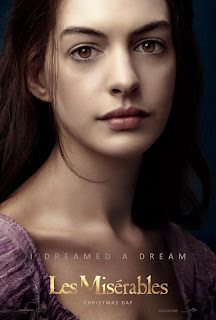 Commentary - It was just two weeks ago that I thought that Flight was riding high on a wave of buzz that could have ended in a Best Picture nod. A lot has happened during that time, and the buzz for Flight (and several other films) has dwindled and the recent slew of independent themed precursors has brought Beasts of the Southern Wild back to life, and with all these big studio films, there has to be room for a truly independent project and I think that Beasts is that film. In the last week, Les Miserables has screened and is a Oscar hit for sure. Zero Dark Thirty has screened as well, and while most critics are not calling it Oscar bait, they are still saying it is great, and probably a shoo-in for an Oscar nod. Argo, Silver Linings Playbook, and Lincoln are still very much in this race and seem to be the three from the festival circuit that are still real contenders for the win. Life of Pi is still in this as well, but despite it doing well at the box office I get the sense that it is not holding up as well as the previously mentioned three with the onslaught of Les Miserables and Zero Dark Thirty. The Master is also holding on, but for dear life. It needs critics awards now and soon. Finally, Django Unchained and The Hobbit will soon be seen and soon be known. Considering the pedigree involved in both I am sticking them in slots 9 and 10 until further noticed.
Posted by Andrew at 8:39 PM