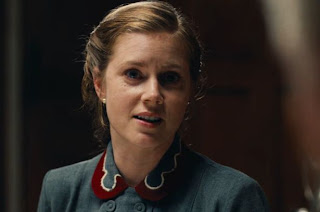 Commentary - This is one of those strange races, where in terms of normal contenders there are simply not enough of them and the category is weak. But when you look at potential winners, there really is a race between the top four ladies. If Les Miserables is good (which we will know as screenings start for critics this weekend), then Anne Hathaway is definitely still in the mix. I am also betting in my fifth slot on Samantha Barks as Eponine is a big role. If Les Mis is not good, then this category is even weaker than people thought. Even if the bottom drops out though there are still some big performances. Helen Hunt may not have been everyone's choice in 1997 for Best Actress, but she is turning heads and getting rave reviews for her role in The Sessions, and since it is basically a lead role, she could be hard to beat. Amy Adams is great in The Master, but she lacks a big Oscar scene and the film is slipping. But she has been nominated several times without a win, and is overdue. Sally Field has never lost an Oscar race and she is tearing it up as Mary Todd Lincoln. She may be a safe choice for the Academy, but not a bad one. There are some performances that are on the cusp, but have some issues facing their campaigns and needs some of the top ladies to slip. One is Maggie Smith. She is an acting legend, but needs a big BAFTA and studio push as Best Exotic is slowly being forgotten. Both Kerry Washington and Jackie Weaver are apparently memorable, but both are very small parts, so they will have to heavily campaign to stay in the fight. The outside shots include Frances McDormand (apparently Promised Land isn't that great), Pauline Collins, Kelly Reilly, Judi Dench, Ann Dowd, and maybe some more of the Les Mis actors.
Posted by Andrew at 8:57 PM